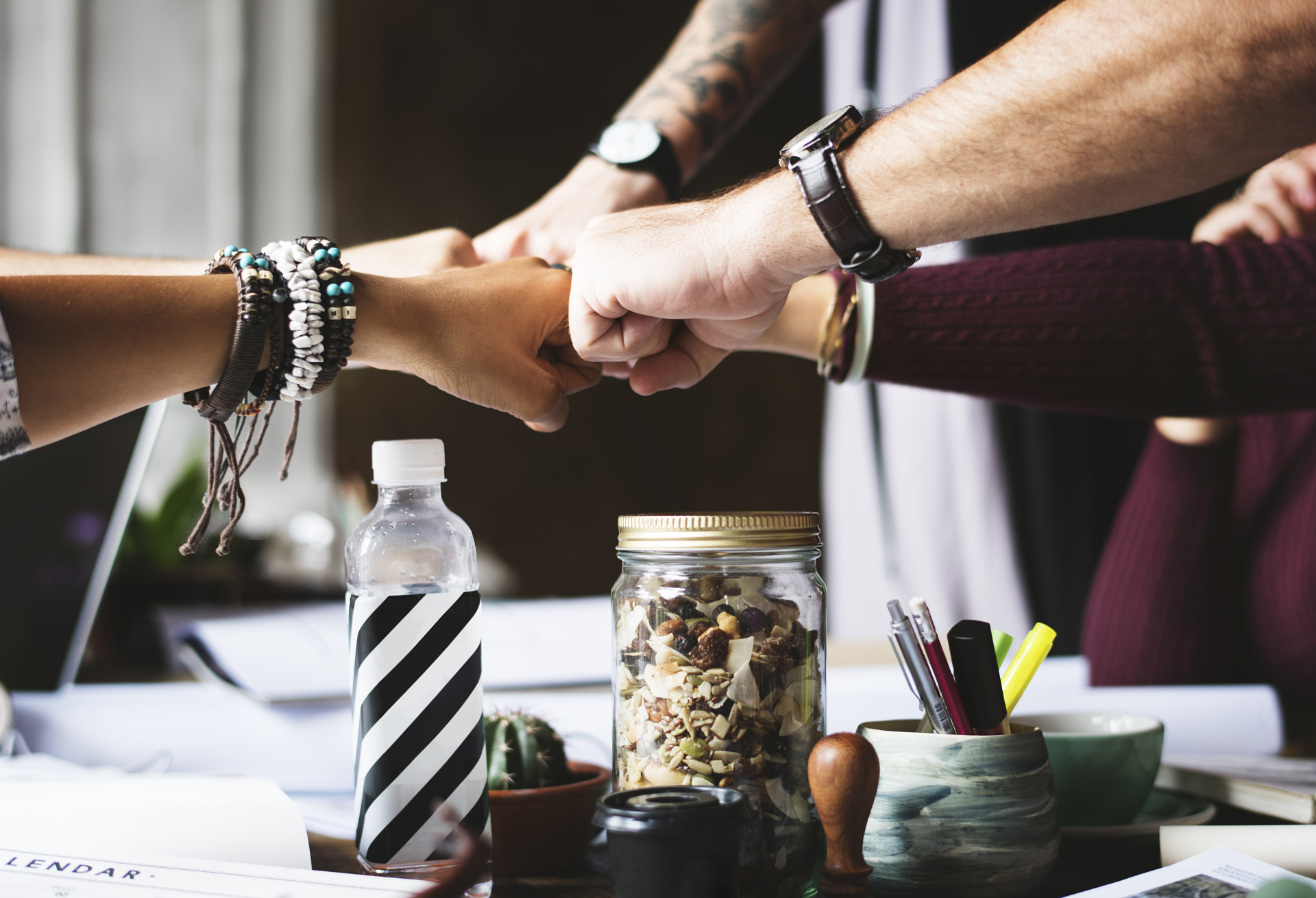 We are currently not doing a very good job of it. Leaders either manage by-the-numbers and leave the human side of the equation off entirely, or else try to create a ‘feel good farm’ where the actual work output is spasmodic or insufficient. Holding these in creative tension requires new models of leadership and teamwork.

The Championship Rowing Team: What it Takes to be a Winner

An excellent example of how this works in practice can be found in what it takes to put together a championship eight-man rowing shell. The ingredients for success in a rowing shell are the same factors which research has shown to be present in high-performance/high-commitment (HPHC) organizations.

First, you need real talent, people with the mastery of the skills needed to get the job done—or people with potential who are eager to be trained. Talented employees willing to grow and improve are the basic building block, the sine qua non (the ‘without-which-you-get-nothing’) for organizations.

But there also needs to be a blending of different kinds of talent. If everyone rowing in the shell has exactly the same physical build and skill set, someone is out of place. A senior executive in a client organization who served as coxswain in an 8-man Olympic shell told me recently that when he looks at people in his organization he sometimes catches himself thinking about where he would put them in his boat. ‘That guy would make a good Stroke.’ ‘She’d be perfect as Number 6.’ He reports that the Coach from one of their competitors took people from the university’s football team to man their shell. They were very strong, but they never won.

As Herb Shepard, my late friend and pioneer consultant colleague used to say it, ‘A committee of two like-minded people is overstaffed!’

Having a shell full of great rowers is necessary, but not sufficient, for success. A champion team also needs a goal or target, a purpose (often one which appears to outsiders to be absurd), which draws them out of themselves and into levels of performance they would not otherwise have achieved. This vision of a possibility becomes the energizer which puts the ups and downs of practice and the wins and losses in perspective.

One of my mentors was futurist and educator, Ed Lindaman, who served for a number of years with NASA as Program Planning Director for the Apollo Program before becoming President of Whitworth College. He said that when President Kennedy promised in early 1962, ‘We will put a man on the moon by 1970 and bring him back,’ he set such a large vision of a possibility that it called out the best in the face of wide-spread skepticism about what was ‘possible’. When the leader sets forth what I call an ‘impossible possibility’, in that moment a new possibility is created in the setting of the promise.

Back to our rowing shell analogy: The experts tell me that the team that wins will row together. There will need to be true alignment in the shell about what the goal is and how the team is going to get there, forging the individual skills and commitments into a collective accomplishment.

Individual rowers with great skill can find it hard to submerge their own drive to be the star for the good of the team, but all great rowing crews—just like any winning teams—know and practice the synergy of successful cooperative effort. When each blade catches the water in unison and all the pulls are as one single motion, members of the crew find themselves connected to each other by deep bonds of communication, attuned to their colleagues in what can seem to be even psychic levels.

When my friend Ed Lindaman ran his NASA unit, the man sweeping the floor under the rocket capsule wasn’t sweeping the floor. As far as he was concerned, he was putting a man on the moon by 1970 and bringing him back. . . That’s alignment with a purpose.

If the boat leaks or the oars break under stress, forget the championship! A team’s equipment and technology must match the commitment of the crew. A great crew can overcome handicaps from poor equipment until they meet another extraordinary crew with better technology; then the difference in technology begins to take its toll.

Resisting a new technology because it isn’t the way it used to be done can be costly. There will always be reasons not to use a new technology. The key is not whether or not to try something out, but how the decision is made. High-Performance systems involve the potential users to a high degree in selecting the technology. One company we know of made a switch from one computer platform to another which their IT people said was vastly superior to the one they were using. The secretaries almost revolted. Why? The new system might have been more powerful from an IT perspective, but from the secretaries’ point of view, the user interface was a complex monster too difficult to operate for 8 hours a day, even after mastering it! Your team’s core technologies must be seen and experienced as appropriate by the users as well as the experts.

There must also be an effective work structure for fulfilling the mission, with coaching, schedules for ‘drills’ and ‘practice sessions’, clear roles and goals, methods of measuring progress, and rewards linked to what is needed to succeed. The form of the organization is based on what it is determined to accomplish, and not on a model from the past (unless it makes sense). The restructuring that many organizations endure on a regular basis is the system’s instinctive way of searching for the right combination, but a new structure can simply represent a new shape for the same old situation. More of the same, only different.

There is another element, however, which, when it occurs, marks a breakthrough to the highest possible levels of performance: balancing intuition and logic, feeling and fact, the integration of the inner world withthe outer world. It is not an either/or; it is a both/and. Not everything can or should be worked out solely on the basis of logic. Human logic is a closed system, and one that resists new information unless it fits with what we already know. Data needs to be weighed, not just counted.

‘Our thinking has created problems which cannot be solved by that same level of thinking’ – Albert Einstein, no slouch when it comes to logic!

Only by developing and trusting the ability to get outside their pattern of thinking can managers truly enter the world of extraordinary achievement. Until then, they are capable only of what they can logically predict, and results become a matter of probability, with circumstances determining to a large extent what actually gets accomplished. The high-performance-high commitment system values and utilizes both the hand and the heart. ‘When you’ve got ’em by the hearts, their hands and minds will follow.’ Get your employees by the heart and they’ll go way beyond for you and the mission.

You can achieve great short term results by driving yourself and your people with threats and promises, but in the long haul, you’ll all be exhausted, results will drop off, and then no motivation program will succeed. If you care only about performance you are likely to achieve acceptable things. But you will also be killing the spirit of achievement, first in yourself, then in your people. Authentically care about performance AND your people and you can achieve great things.

People learn how to operate in a system by looking up. This means the way a team leader does things is one of the most important forces in creating success, otherwise those ‘below’ won’t do it. People maypretend to do it, or comply with the rules, but they won’t be truly committed to it and the results will show it. They will play by what they believe to be the rules of the ‘real game’. In Japan, it was 20 years before the first Quality Circle for shop-floor workers went into action. The first 19 years were devoted to the top executives getting their act together.

Most managers and team leaders quickly get into the high-performance part of this equation, but high-commitment and high-satisfaction sometimes appear less relevant, or at least more debatable. ‘Why bother with commitment and satisfaction? Shouldn’t people today be satisfied just to have a job?’ Look into your own experience for the answer here. The clear truth is that people who are challenged and committed to do something important and are satisfied in and through their work, those people work harder and get more done.

Getting From Here to There

Superficial changes will not get you there.

Moving a team or an organization from where it is now to where it could be is the natural role of leadership. Start with a no-holds-barred assessment of the present state, including a thorough fact-finding process with key stakeholders, including the team’s ‘customers’. There will need to be intensive training of key people in the essential skill areas of high-performance, high-commitment leadership like:

It is actually fairly simple: only high-performance, high-commitment organizations are going to be around in a few years. Most of us have never had an opportunity to be a part of something like what I am describing here. Another deep thinker said something like, ‘What shall it profit a person to gain the whole world, but lose their whole self in the process?’ What ultimate good does it do if you work hard, make your numbers, but burn yourself out—and all your people, too—in the process?

Your people are a huge, largely untapped reservoir of energy, commitment and ideas for greater productivity. In one situation in the USA, a manufacturing plant needed to increase its output by 10%, and, at our suggestion, Plant Manager asked each employee team to come up with ideas for increasing production. The next day they went to work in small groups, and within a week had developed recommendations for around 1,000 changes.

But the Plant Manager got scared because he doubted the employees’ ability to succeed. So, just in case, he also asked the Engineering Department to solve the production problem. As you might expect, they developed a very thorough plan, requiring a lengthy shut-down and complete re-design of the plant. The Plant Manager decided to go with the many little changes created by the employees, some very radical in their concept. They shut down the line for one hour, hundreds of the changes were made, and production instantly went up 11% and that level has ben maintained for over a year.

The ‘little people’ on your teams have big ideas. Just ask them.

ACTION STEPS: WHAT YOU CAN DO NEXT